Use one of the services below to sign in to PBS:

You've just tried to add this video to My List. But first, we need you to sign in to PBS using one of the services below.

You've just tried to add this show to My List. But first, we need you to sign in to PBS using one of the services below.

Get extended access to 1600+ episodes, binge watch your favorite shows, and stream anytime - online or in the PBS app.

You may have an unactivated KQED Passport member benefit. Check to see. 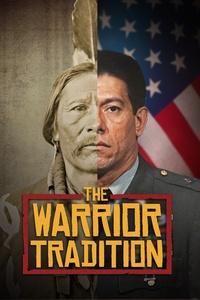 The Warrior Tradition tells the astonishing, heartbreaking, inspiring, and largely-untold story of Native Americans in the United States military. Why would Indian men and women put their lives on the line for the very government that took their homelands? The film relates the stories of Native American warriors from their own points of view – stories of service and pain, of courage and fear.

Warrior Tradition has been made possible by a major grant from The Corporation for Public Broadcasting: A private corporation funded by the American people. With additional funding provided by The Arthur Vining Davis Foundations, Independent Health and Arizona Humanities.